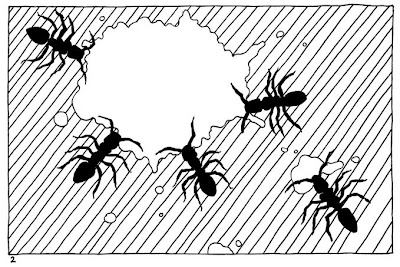 Helly Cherry webzine just posted four pages comic called "Neoznojivi" http://www.hellycherry.com/2012/11/neoznojivi.html and this is actually first appearance of Kostja Ribnik in some media.
It's on Serbian language and script is written by my friend Dragana from Belgrade. Translated, title should be something like "Unsweatable". She sent this little cute script long time ago and actually I made this comic somewhere in February 2012 but didn't had ending panel (I finished it with some banal pissing-in-lake scene but that pretty much shows who the guy is).
It is a story about the guy who can not sweat for some reason. He can get only few drops of sweat very rarely, than, he will save the swat drops in a little special jars and mark with date, place etc. I wanted to give a some parallel storyline to the script so I illustrated it with my vision of guy and show his private life leaving "the sweat disorder" not explained but just suggested as a consequences of his life style.
There are few pornographic scenes but they are actually in magazine which that guy reading and not in real life of comic :) I tried to resemble from my head some scenes from old magazines I read as kid when i first found them in my parents room. They were really cool Yugoslavian magazines from 70/80ties which are lost in few house removals. 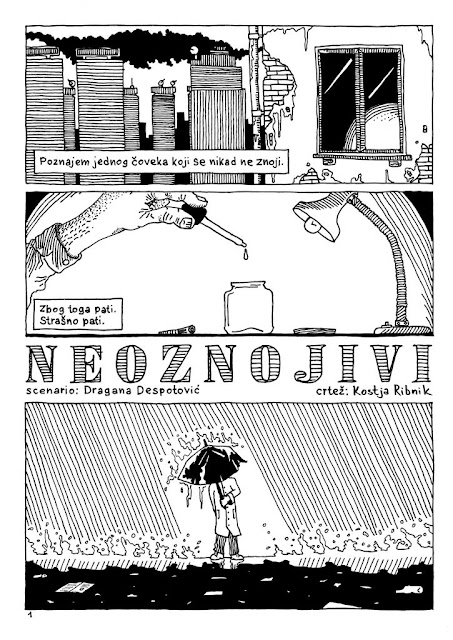 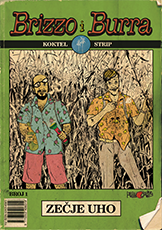 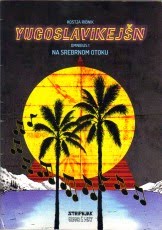 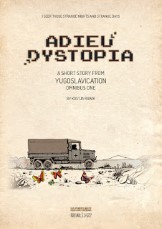 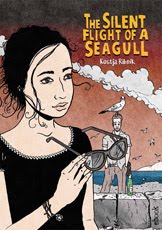 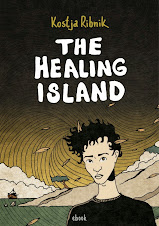 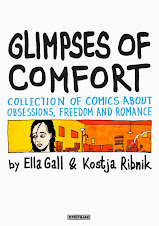 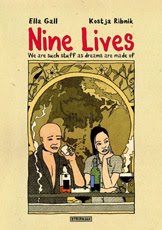 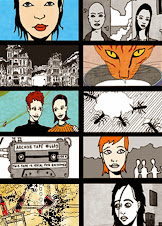